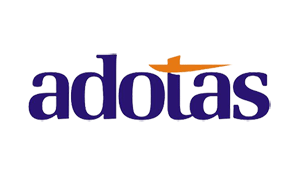 FYI – The ABCs of GDPR Acronyms

With the official launch of GDPR on May 25, 2018, the regulation is bringing a host of changes to the digital marketing and ad tech industries. Along with all the impacts on how companies collect, store, and process data, the regulation is also creating a variety of new terms for the industry. Considering how terminology and acronym-heavy the digital ecosystem already is, it’s no small feat to add a number of new terms to the mix. Here are descriptions of just a few of the more common acronyms that you’ve likely seen discussed since GDPR was announced.

GDPR – General Data Protection Regulation – We might as well start at the beginning, with the acronym for the new regulation itself. The acronym has become so ubiquitous that a lot of people probably now recognize GDPR, without actually knowing what it stands for. Much like the CAN-SPAM Act, the new regulation will likely become universally known simply by it’s acronym in the years ahead. Certainly few outside the EU are likely to ever use the regulation’s full name going forward.

DPO – Data Protection Officer – This isn’t technically a new term introduced by GDPR. But, it has certainly grown in prominence over the past year. As a part of GDPR, companies are encouraged to name a DPO (and in some instances, larger companies are required to name one), who has oversight into the way the company collects, stores, processes, and protects data (particularly the personal data of individuals). According to some statistics discussed at this year’s RSA Conference in April, only about 18% of surveyed companies in the UK had named a DPO. It was reported that in the UK alone, there could be as many as 62,000 job openings for this role. So, this is at least one area, where GDPR may actually be creating jobs.

Read the entire article at Adotas.