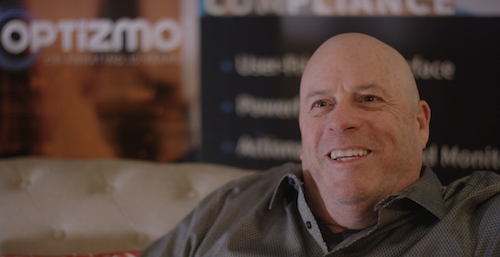 Welcome to the latest edition in our ongoing partner interview video series! Over the course of 2020, we are releasing a number of video conversations with different OPTIZMO clients and partners and with other leaders in the Email and SMS Marketing industries. You can find all the videos released to date on our Videos page. If you’re looking for a great place to start, check out our sizzle reel video, which includes footage from a number of the previous and upcoming interviews. This week, we’re excited to release the latest video in the series – featuring Stu Butler, Co-Founder of SmarterChaos!

This is actually our second interview video with SmarterChaos, after we released one with Chief of Chaos, Matt Frary earlier in the month. We’ve known both Matt and Stu since before our founding in 2009 and they have been great partners for over a decade. We’ve regularly referred business to each other and Matt actually made the introductions that led to our head of marketing joining the team several years ago. We’re also big advocates for the team at SmarterChaos. Among other things, they built the OPTIZMO website!

“You guys have a great product, that’s a no-brainer. But, we’re friends. We’re industry peers, and it just makes it so much easier. Along with the fact that you have the best technology out there…”

We caught up with Stu in Las Vegas after Affiliate Summit West and MailCon earlier this year and recorded this great interview with our Co-Founder and CEO, Khris Thayer.  You can check out the entire interview below!

If you enjoy this video, stay tuned throughout the summer as we keep releasing new interviews each week into July and beyond, featuring a mix of partner interviews, testimonials, event promotions, thought leadership, and footage of the OPTIZMO team at various industry events.